Jeff Kanel serves as the President and CEO of Renewable Algal Energy (RAE), is an entrepreneur, technology leader and R&D chemical engineer with broad experience in separation processes, patenting, and commercializing technology.

RAE has pioneered a breakthrough technology to produce sustainable, economically viable products from microalgae — from algal oil as a feedstock for renewable diesel fuel to protein, carotenoids, and omega-3 fatty acids for animal and human nutrition. RAE has won four SBIR awards under Jeff’s leadership.

He received his Ph.D. in Chemical Engineering from the Georgia Institute of Technology. He has more than 26 years of experience in engineering research and process development through work at The Dow Chemical Company, Eastman Chemical Company and Union Carbide Corporation.

He is an inventor on more than 30 issued U.S. patents and numerous foreign patents, and serves on the President’s Advisory Council at the University of Akron. He has been invited twice to the National Academy of Engineer’s Foundations of Engineering Meetings, and he teaches a course on Liquid Extraction for the American Institute of Chemical Engineers and for the University of Texas at Austin.

Dr. Kanel has been associated with several entrepreneurial endeavors since 1996, including: 1) the development and commercialization of technology to extract zeaxanthin from paprika; and 2) demonstration and sale to a Fortune 250 company of a process to grow and harvest algae for the production of natural beta-carotene. 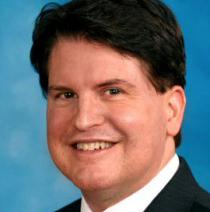