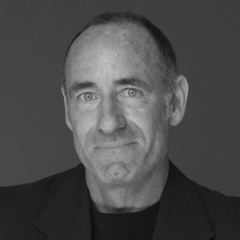 Eric McFarland studied Nuclear Engineering and received B.S. and M.S. degrees from U.C. Berkeley, and his Ph.D. from the Massachusetts Institute of Technology. He joined the Nuclear Engineering faculty at MIT where his research moved from nuclear reaction fundamentals to use of nuclear phenomena for non-destructive materials and chemical analysis. In 1991 McFarland moved to the Chemical and Nuclear Engineering Department of the University of California, Santa Barbara. He has done fundamental work experimentally demonstrating that chemical reactions on surfaces are mediated by non-adiabatic electronic excitations not described using the conventional Born-Oppenheimer approximation, and applied research in catalysis closely coupled to industrial problems and energy transformation. He has published over 160 scientific papers and is the inventor on over 25 patents.  McFarland has always worked closely with industry and is a Board member and advisor for several technology companies. From 1996-1998 he took a leave of absence to co-found Symyx Technologies a chemical technology start-up that went on to have a successful public offering. McFarland’s work in catalysis and hydrocarbon conversion to fuels and chemicals led to his becoming CEO and President of another university start-up company, Gas Reaction Technologies Inc. (GRT) that had major R&D programs with several global oil and gas companies.   McFarland recently returned to UCSB from a two-year position as the founding Director of the Dow Centre for Sustainable Engineering Innovation and Dow Chemical Chair of Chemical Engineering at the University of Queensland, Australia. McFarland initiated the Centre’s major programs including investigations of means to improve the value proposition of nuclear power for sustainable energy production and more sustainable uses of methane related to mining and chemicals production. McFarland also studied medicine and earned an M.D. from Harvard Medical School and did post-graduate training in general surgery. He practiced part-time in Emergency Medicine until 2005 and has continued his medical work as a volunteer for several relief agencies.